The state of Illinois has acquired an almost 10-acre plot of land in Springfield for its new $80 million data center.

State Governor JB Pritzker this week announced the State of Illinois has acquired 9.4 acres of land in the Dirksen Business Park for the new Central Computing Facility (CCF) for the Illinois Department of Innovation & Technology (DoIT). 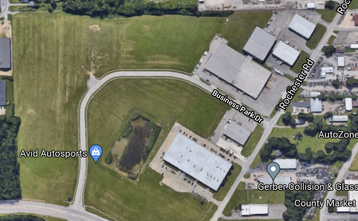 Last year the Illinois Capital Development Board (CBD) selected Exp U.S. Services, Incorporated as the preferred architectural design firm for the new $80 million data center as part of the Governor's $45 billion Rebuild Illinois program. Exp U.S. Services has also been involved in the development of Coresite's NY2 and VA2 colo facilities, as well as the Wayne State University data center.

"As governor, I've sought to bring efficiency and modernization to state government, and this new data center is a key asset in that endeavor," said Governor JB Pritzker. "Through this new facility, we're enhancing the State of Illinois' digital infrastructure and doing so while bringing hundreds of new jobs to the east side of Springfield. I want to recognize Senator Doris Turner for her leadership in bringing this development to the region."

The state’s press release said the DoIT's current central computing facility in Springfield is “inefficient and dated;” previous reports suggest the existing 1.3MW data center in Springfield was built in 1979 and measures around 69,500 square feet (6,500 sqm). A 2011 state newsletter said the facility had 30,000 sq ft (2,800 sqm) of floorspace and housed 2,000 servers and four mainframes.

"With the evolution of technology and DoIT's continuing modernization of digital assets, the current data center has grown less suitable for our needs," said Jennifer Ricker, Acting Secretary for DoIT. "A modern, efficient, and secure data center will allow Illinois to continue to be a leader in technology and innovation."

The Illinois Department of Central Management Services (CMS) will serve as the owner and property manager of the Tier III quality facility, which is targeting LEED Silver Certification for data centers at a minimum.

The CCF will host the state’s IT infrastructure and data, have about 300 employees, most of whom will come from other state facilities. The project's timeline and construction have not been determined; a previous RFP suggests the facility could measure 90,000 sq ft (8,400 sqm) with a multi-story design.

"This investment is further evidence the State of Illinois is striving to deliver the best, most cutting-edge infrastructure to support our operations," said Janel L. Forde, Director for the Department of CMS. "The new state-of-the-art facility will be built with the most advanced infrastructure technology, and designed with the highest standards of redundancy, resiliency, and reliability."

"The relocation of the Central Computing Facility is a game-changer for the East Side of Springfield - an area I was proud to represent on the Springfield City Council," said State Senator Doris Turner (D-Springfield). "The new data center will spur additional economic development to the area and expand our technological opportunities. I am proud and thankful that Governor Pritzker is prioritizing Springfield in the ambitious Rebuild Illinois Project."