Virginia-based developer Stanley Martin is seeking to develop a data center park on more than 250 acres of land in Northern Virginia’s Prince William County on a site it had previously earmarked for a housing development and adjacent to another upcoming data center development. 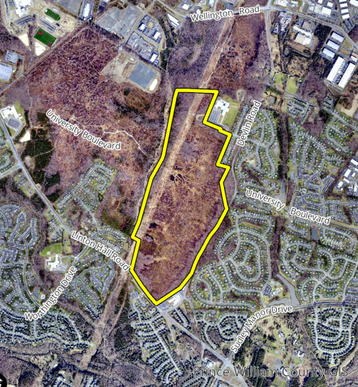 Inside NoVA reports that the Planning Commission voted 6-1 to recommend approval of zoning for the project during its July 27 meeting. Gainesville Commissioner Richard Berry cast the dissenting vote. Coles Commissioner Joseph Fontanella Jr. was absent.

The project is known as the Devlin Technology Park and is located between Linton Hall Road and Devlin Road. Specifics of the project – including the number of buildings or their precise size – haven’t been shared yet, but the site could see up to 4.25 million sq ft (395,000 sqm) of development.

Berry voted against the project because the county is still reviewing its existing Data Center Opportunity Zone overlay district and the proposal falls outside the current boundaries.

“I have made it a practice in general to not support any data center proposal or application that is outside the current overlay district while we are still waiting for the overlay expansion study,” he said.

Local officials in Bristow voted in favor of a Comprehensive Plan Amendment to allow the development in May. The proposal next heads to the Board of Supervisors.

Stanley Martin was previously granted zoning approval for 1,079 single-family units in 2020. At the time, the property was owned by Edith Rameika, trustee of the EV Hunter Trust. Since then, Stanley Martin has reportedly acquired the property for nearly $51.3 million.

Rameika was also the owner of properties adjacent to the Stanley Martin land that was approved for data centers in September 2021; possibly for Yondr’s upcoming campus.

In 2015, the Stonehaven development was pitched to bring 1,006 residential units and 1.1 million sq ft (102,200 sqm) of commercial space to 718 acres. The Stanley Martin proposal first came to the county’s Planning Commission in September 2018.

Stanley‐Martin became part of Japan's Daiwa House Group in 2017. This appears to be the US firm's first data center project, though Daiwa has previously been involved in such developments in Japan.