Serverfarm is to develop a data center in Israel.

The company this week announced the development of ISR3, a 100,000 sq ft (9,300 sqm), 9MW facility to be located in ‘central Israel’ near Tel Aviv. Developed in partnership with the Israel Infrastructure Fund, the data center is due to come online in the ‘latter half of 2022.' 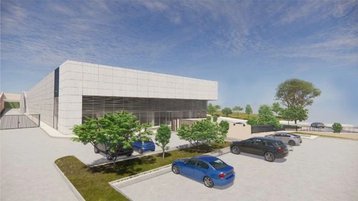 "As leading tech and hyperscale organizations continue to expand into Israel and across the Middle East, we see an opportunity to leverage our expertise and deep roots in this region," said Avner Papouchado, founder and CEO of Serverfarm. "With the launch of ISR3, we're bringing world-class multi-tenant data centers to Israel, allowing organizations to rapidly tap into this growing region and innovate at scale. We're also introducing our world-leading InCommand DMaaS to the region so more IT and data center leaders can optimize their operations and focus on innovation and digital transformation."

The company said ISR3 is the first Middle East-based facility and venture for Serverfarm, but reports in Israel suggest the company is building a number of data centers for a large cloud provider entering the country, possibly Google.

In November Bezeq International and Serverfarm also announced plans to build a 3MW data center in Bney Zion. Set to open in Q1 2023, it will be local telco Bezeq's sixth data center in Israel - and its first purpose-built one.

In May Serverfarm acquired a former T5 data center in El Segundo, Los Angeles. The company also recently made space available in an Atlanta data center previously only occupied by AMD.