Partnership does not mention Xbox

Video game developer and publisher Sega said that it had entered into a strategic alliance with Microsoft to use Azure cloud technology.

The company said that the partnership was a key part of its 'Super Game' initiative to develop large online games. 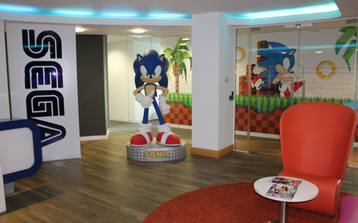 Sega said that the partnership will help it "produce large-scale, global games in a next-generation development environment built on Microsoft’s Azure cloud platform."

Details are limited, but Sega said that it would use Azure to help optimize development processes, and potentially use it as a way to bring games to players through a cloud gaming service.

"Together we will reimagine how games get built, hosted, and operated, with a goal of adding more value to players and Sega alike."

Once a household brand behind popular games consoles like the Sega Genesis, Sega's gaming relevance declined in the 90s. It stopped manufacturing consoles in 2001, shifting to developing games for other systems.

Over the past two decades, it has seen its arcade business decline and suffered through years of criticism that it was too reliant on low-quality updates to existing intellectual property, like Sonic the Hedgehog.

But sales and critical reception of its titles has improved noticeably in recent years - with the company ranked as the 'best-rated publisher of 2020,' by review aggregator Metacritic.

Sega says its next step is the 'Super Game,' a new initiative is innovative titles where the key focuses are “Global,” “Online,” “Community,” and “IP utilization.”

Yukio Sugino, Sega president and COO, said: "We are very pleased to announce today that we are considering a strategic alliance with Microsoft to help develop Sega 's new 'Super Game' initiative as well as build a next-generation game development environment.

"By considering a strategic partnership with Microsoft, we seek to further advance our game development so that our titles can be enjoyed by fans all over the world; in this regard, we aim to build an alliance that utilizes both Sega's powerful game development capabilities and Microsoft's cutting-edge technology and development environment."

Through its Xbox subsidiary, Microsoft has its own cloud gaming service - but also appears set to offer some of the technology to rivals. Back in 2019, the company partnered with Sony's PlayStation to explore both AI and cloud gaming.