Adds another cooling option to its arsenal 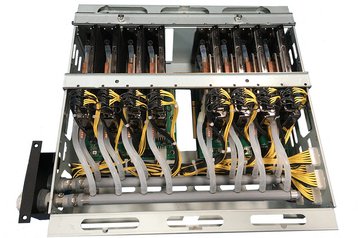 Chilldyne has patents on "negative pressure" liquid cooling technology, which uses a low flow-rate and low pressure, so if there is a leak, the fluid moves away from the electronics rather than leaking. This leak-proof approach to direct-to-chip cooling can handle high-temperature chips and GPUs with low risk, the company says.