Scala Data Centers has acquired a data center in São Paulo and plans to develop the site into a 100MW campus in Brazil.

The Digital Colony-backed company this week signed a definitive agreement to acquire Algar Tech's data center and colocation operations in Campinas, Brazil, in the Sao Paulo metro. Terms of the deal were not disclosed. 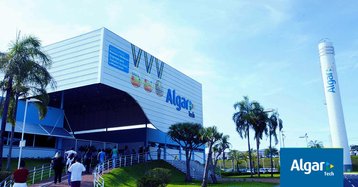 “The acquisition of this asset accelerates our entry into the market in Campinas, the largest region in the interior of the state, the tenth-largest municipality in Brazil, and one of the leading technological hubs in Latin America,” said Luciano Fialho, VP of M&A and corporate development at Scala.

Opened in 2009, the facility is powered by solar energy, and received Tier III certification in 2016. Scala will use Algar Tech’s facility as a base for a new data center campus. The initial phase will see the current building will be modernized and expanded, while a second 45MW will follow after that. Once fully developed, the campus will have an area of over 130,000 sq m and 100MW of capacity across three buildings.

Algar Tech has two other data centers in Brazil, and CEO Tatiane Panato said the company will continue to focus on the company's other offerings.

“In recent years Algar Tech has invested in the evolution of its portfolio and has sought new skills to operate in an increasingly digital world. This decision is part of the company's growth and specialization strategy that focuses on customer experience and managed services," Panato said.

"The sale is exclusive to the data center colocation business, and the company continues to focus on managed services with offers for hosting, end-user support, it professional services in hybrid environments, on-premise and cloud."