Not very good timing for an outage

Santander Bank services were down for several hours on Friday in the UK, leaving potentially millions of customers unable to access online accounts.

The company apologized on Twitter, saying "We are currently experiencing issues with customers logging in to Online Banking". The outage happened on the last Friday of the month, when many UK customers would be expecting salary payments, and preparing for a holiday weekend. 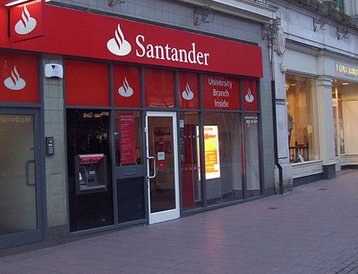 Some customers complained of missed payments: 'My pay from work didn't come through even though it's been sent. And I can't get onto my online accounts to pay my rent.' one customer Tweeted.

However, the bank said all should be well now, Tweeting around 1600 BST: "Our team have resolved the issues and customer can now access Online Banking again. Thank you for your patience while we fixed this. In a statement, the bank said: "We apologize for the problems some customers faced earlier today using our digital banking services,. These have now been fixed and we can confirm that any payments due today will have been processed."

Although the problem is apparently fixed, Santander's UK Help Twitter account is still fielding reports of difficulties. The bank has not said what cause the problem, but some have suggested that it began on Thursday evening and believe the cause may a maintenance failure.

“It looks like Santander started having problems last night, which may suggest that they were doing an update," said Jon Lucas, co-director of the UK tech company Hyve Managed Hosting. "Of course, this is just speculative, but with fewer users overnight, the problem wouldn’t necessarily have been reported until the morning when people started having trouble processing payments.

"This is particularly unfortunate timing with it being the payday before the August bank holiday, but if the outage is due to an update, a suitable rollback plan for patching and updates would’ve been able to solve the issue with a click of a button as soon as issues were reported. This outage highlights the need for rigorous testing programs."