The company, over Twitter and by email, has been sending messages keeping people informed about the incident. At the time of writing , 24 hours later, James Hay’s site is back up and running. It is unclear what has happened to cause the outage, but the outage happened on the same day a fire caused trouble at a Telstra data center in London's Docklands. 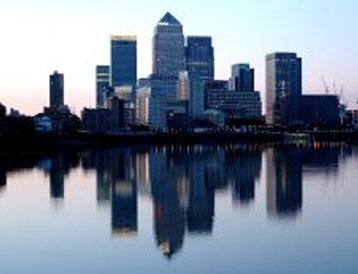 It's all back to normal

City Wire’s New Model Advisor received an email the investment firm sent out to customers yesterday morning. Adam Kelly, head of business development with James Hay, said: “Our data center has experienced a major outage that unfortunately means our phone lines and website are both currently down. As you’d expect, we’re in discussions with our partners to resolve the service as soon as possible, but in the meantime, we’d be grateful for your patience.

"We know it’s frustrating for you to not know what’s going on behind the scenes, so we’ll update you as soon as we can. We apologize for any disruption this creates for you and your clients, but please rest assured this is our number one priority today.”

Over Twitter, the company confirmed the problems have been fixed and services were back up: "We can confirm that our website and secure messaging services were restored earlier this afternoon, and our telephone service will reopen tomorrow at 9am. We apologize again for any inconvenience caused during this time and thank you for your patience."

Fire in the data center!

As James Hay went down, Australian telco Telstra experienced a serious data center outage. It is unclear whether the two are linked, but we do know that emergency services were called yesterday to put out a fire at a facility run by Telstra, located in London’s Isle of Dogs.

Occurring around 9:26am, the Telstra data center outage was mere hours before we learned of the James Hay outage. The London Fire Brigade (LFB) reported that four of its fire engines and 25 firefighters were deployed to Telstra's Greenwich View Place site in London’s South East. LFB later confirmed it was just a small part of a supply room that was damaged in the incident and no injuries were reported.

Although unconfirmed, there are reports that the fire was caused by a faulty Uninterruptible Power Supply (UPS). Neither company would say whether James Hay's IT was in fact located in the Telstra facility.