10/29/19: Buyers could be lining up to buy one of Europe's largest colocation providers, Interxion Holding.

Interxion is working with Morgan Stanley to consider a sale to one of several potential buyers, according to multiple news reports. Bids are reportedly coming in from KKR, Blackstone Group, and Digital Colony, with Interxion asking buyers to submit bids by November 1.

Interxion declined to comment on the rumor, but has not dismissed it as false. 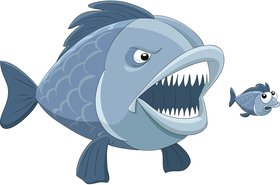 Digital Realty swoops in to buy Interxion for $8.4bn

Interxion operates 53 data centers across 11 countries. While the company describes itself as exclusively European, the majority of its customers are American businesses looking to establish a ‘beachhead’ on the continent.

14 submarine cables that lead to Africa, the Middle East, and Asia all end up in a single landing station and data center which Interxion owns in Marseille.

Interxion is the largest data-center company in Europe after Equinix. The company has been steadily increasing its footprint in the continent; over the last two years it has announced new facilities across seven major cities: Madrid, Brussels, Amsterdam, Paris, Copenhagen, Stockholm, and Vienna.

Interxion CEO David Ruberg said: “The increased pace of cloud adoption combined with an improving economy in Europe continues to drive broad-based demand for our colocation services across our entire footprint.

“With continuing demand from multiple communities of interest, these investments will allow us to meet the needs of our expanding customer base by adding approximately 15,500 square meters of equipped space.”