The company this week announced the opening of its tenth UK facility in Buckinghamshire. 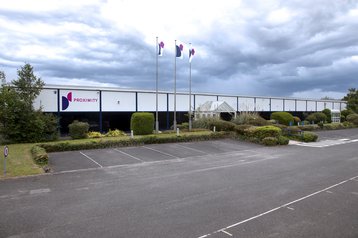 It appears the facility was previously owned by Nuco Technologies Ltd. The firm, which owns hosting company Host-IT, acquired a data center on Brick Lane matching Proximity’s description from investment firm Mapeley in 2012. The site is reportedly a 600-rack facility previously belonging to RBS as a cheque processing facility.

Hall said the company plans to have a further ten sites available within the next 12 to 18 months.

The company took out a £25m ($30.8m) loan back in 2020 to fund its £80m ($99m) UK roll-out, which has since included a 6MW facility in Birmingham, a Nottingham expansion, sites in Liverpool, Chester, and Coventry, and the purchase of a Swindon data center.