Local police confiscated documents relating to the fire, which brought down the KakaoTalk messaging service on Saturday. 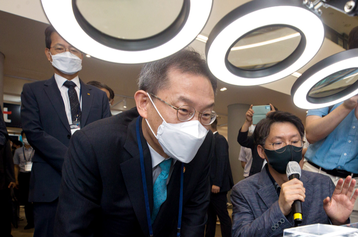 KakaoTalk is used by 90 percent of South Koreans, and the outage brought down many finance and travel applications that rely on KakaoTalk IDs. The disruption continued for much of this week, and the data center is still operating without backup power, so further disruption is possible in the next three weeks.

Kakao, which has seen one of its CEOs step down in the wake of the incident, has blamed SK's Li-ion batteries for the fire.

The police will also be interrogating SK Group officials, according to Yonhap News Agency.

The measures were announced in a release on Friday, which promised to establish a center for disaster prevention for digital infrastructure, which will address private data centers as well as government facilities.

Nationwide inspections of data centers and network infrastructure will be carried out by MSIT with the National Fire Agency, and an expert group will create a list of measures to improve data center safety.

Small and mid-sized companies are likely to be exempt from inspections, the ministry said.

Operators briefed Minister Lee on protection measures for data center facilities including backup power, and the need for batteries and fire protection, as well as discussing the preparation needed for emergencies. They agreed to cooperate on power management and fire detection.

Earlier, Vice Minister Park Yun Kyu was briefed on the status of the service recovery and power availability at SK Group's Pangyo data center, and noted that many services were now operating normally, and called for continuous efforts to restore the emergency power systems.