Parler sues AWS for dropping it, claims no one wants to host site

Plus Parler comments and user identities are leaked

Parler, whose mostly unmoderated audience often spread hate speech and called for violence, said that it has struggled to find a new home for its service.

AWS claims "have made Parler a pariah" 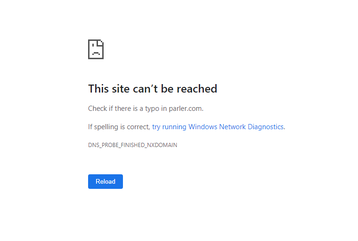 In its suit, Parler claimed that AWS's decision was "apparently motivated by political animus," and was "apparently designed to reduce competition in the microblogging services market to the benefit of Twitter."

Twitter has long been an AWS customer, late last year announcing it would move its primary feed service to the cloud platform.

This, Parler claims, means that AWS is violating Section 1 of the Sherman Antitrust Act by helping Twitter. It provided no evidence to back up its claim of collaboration between AWS and Twitter.

The company also pointed towards incendiary comments on Twitter, and said that AWS has not suspended Twitter's account.

In its correspondence with Parler informing it of the ban, AWS said that it "cannot provide services to a customer that is unable to effectively identify and remove content that encourages or incites violence against others."

But the letter also stated that AWS was unclear what Parler's moderation process was, and that "Parler does not have an effective process to comply with the AWS terms of service."

Parler also claims that it was entitled to a 30 day notice of suspension, but only received 30 hours. Amazon's standard customer agreement does say that it provides 30 days' advance notice in most cases, but "may also terminate this Agreement immediately" if they believe the client has broken certain aspects of the ToS.

"There is no merit to these claims," an Amazon spokesperson said in a statement. "It is clear that there is significant content on Parler that encourages and incites violence against others, and that Parler is unable or unwilling to promptly identify and remove this content."

Amazon declined to detail how long it had been in communication with Parler about such content. On Saturday, DCD revealed that AWS was made aware of the breaches to its Terms of Service last November.

The cloud company took until January 10, after Google and Apple had also removed the Parler app from their platforms, to act - following the January 6 insurrection attempt at the US Capitol that left five dead.

Parler has since struggled to find a new home, and is currently offline. The company said that getting kicked off AWS was a “death knell” for the site, and that the company's moderation comments "made Parler a pariah."

There remains some record of the website, however. Hacker and Internet archivist 'donk_enby' scraped huge quantities of data from the site, including deleted and private posts.

Videos contained "all associated metadata," and many Parler accounts were verified with driving licenses, potentially making it easy to identify who posted death threats and calls for terrorism.

But law enforcement agencies likely would not be able to use the data, as they would have no proof that it was not tampered with. It is not known if they made their own copy of the site before it was brought offline.