Four weeks on, as servers come back up, Octave Klaba tells users what they're entitled to

OVHcloud has listed what compensation customers will get, after the fire which burnt out its SBG2 data center in Strasbourg four weeks ago.

The fire on 10 March destroyed a lot of data belonging to users who misunderstood OVHcloud's backup offerings or failed to make disaster plans. Since then, the French cloud company has been working to get two other data centers on the site online again (SBG3 and SBG4), to clean and transfer damaged servers, and to offer customers new servers put together in the company's factory in Croix.

As these servers come online, customers will be offered refunds and free backups, according to whether they had bare metal servers, private cloud or public cloud services OVHcloud founder Octave Klaba said in a series of tweets earlier this week. 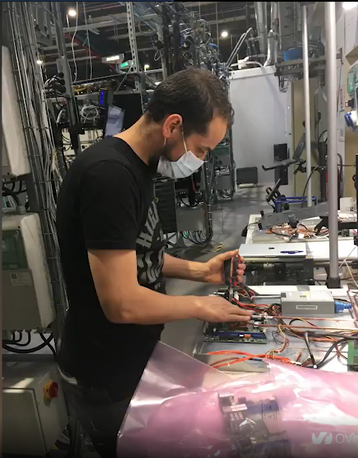 Customers seem to be getting refunds rather than compensation for business losses, as cloud service customers are generally responsible for their own disaster recovery plans unless the terms of their contracts specifically guarantee measures such as backups in different geographical locations. However, OVHcloud is offering more than the strict minimum the company said, and Klaba wants to make sure people understand what reliability they are getting in future.

All customers should have emails detailing their particular situation, but here's what we've gleaned from Klaba's tweets. Customers with virtual private servers (VPSs) in OVHcloud's public cloud will have already been refunded for the lost service: "During all period when your service is not delivered, you will be refunded. You’ve already got the refund for [March]," said Klaba.

Once their VPS is back up, different options will kick in, according to whether their data was lost, and whether they had paid for backup. "If your VPS was NOT destroyed, you will get 3 mo [3 months refund]." Customers whose VPS was destroyed who didn't order paid backup will get six months refund. Customers whose VPS was destroyed, but who were paying for backup, should find their server can be rebuilt - and they'll also get the six months refund. If their paid backup can't be restored, because of human error or tech failure, they get a bigger refund, and three years' free multisite backup, Klaba says: "We will refund all paid backup (all time) and you will get 3y for free (with new multi-dc backup we will offer)."

Private cloud computing, or hosted private cloud customers (whose service is based on VMware vSphere) will have had their servers restored in the SBG3 data center if possible, or else been offered new resources with their data copied to OVHcloud's Roubaix facility. These are bigger customers, and the migration process may vary apparently: "We‘ve created the migration process included copy of PBs of data from SBG to RBX," said Klaba. "Going fast but we need to talk with each cust DM me."

The servers which were being migrated from the abandoned SBG1 data center into SBG4 should all be cleaned and installed by now.

In the original fire, UPS systems in SBG2 were burning, one day after maintenance by the UPS supplier. A few days later disconnected UPS batteries were seen smoking in a room at SBG1. The cause is the subject of an investigation by police and insurance experts, and Klaba has promised to set up a lab to examine fire prevention systems.