Ten days after the first fire, a battery room fills with smoke

OVHcloud has suffered a second incident at the Strasbourg site where its SBG2 data center burnt down last week.

Last night (Friday), while customers waited for a promised update on the original fire, smoke was found in a battery room. Firefighters were called and contained the incident with no injuries. The batteries were not connected to any systems, but Power was switched off to the remaining data centers, and operations were halted. 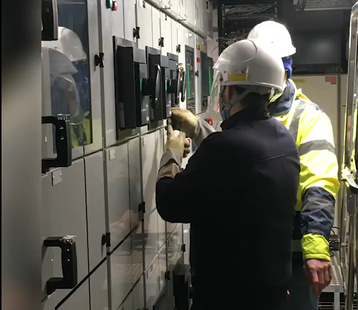 "This evening at 6:50 pm, our teams on site identified a smoke in a room with unconnected batteries of SBG1," said an announcement from OVHcloud late on Friday night.

"Firefighters were immediately contacted. In view of the situation, OVHcloud management decided to apply the precautionary principle: the power supply to SBG1 and SBG4 was immediately cut off," said the statement. "On-site operations were temporarily interrupted, all OVHcloud staff and all partner teams were asked to return to their homes, only security, fire safety and maintenance staff remained on site."

The source of the smoke was quickly identified and sorted out. There were no injuries, though two security staff who had been "inconvenienced by the fumes" were checked over.

The incident happened just when a video update from OVHcloud founder Octave Klaba had been planned, with more details on the original fire.

Klaba tweeted some more details, explaining there was no actual fire, but smoke: "The unused room with the unused batteries was in SBG1 in front of SBG2. The fire in SBG2 has probably damaged the batteries but the smoke started only 10 days after.

"Tomorrow, we start removing everything that is not needed on the site."

The OVHcloud statement concluded: "The situation is under control and we are adjusting the planning of operations for the coming day,."