The company said the facility has a rack density of up to 15kW per rack and a PUE of 1.4. 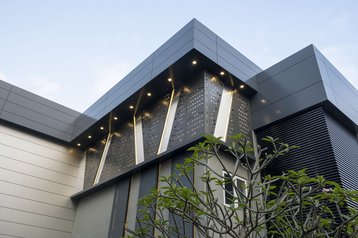 Founded this year, Orion Stellar is owned by a joint venture between SAPD (St. Anthony’s Property Developers) and local telco Dialog Broadband, known as Digital Realty pvt [not to be confused with Digital Realty Trust].

“The launch of Sri Lanka’s first, and most power-efficient high-density data center and the impressive capabilities it offers represents a historic milestone in the development of the island’s IT infrastructure. It is also a momentous step in our mission to radically simplify digital infrastructure challenges for local and regional enterprises and drastically improve the speed at which they conduct their business,” said Digital Realty pvt Chairman Rajendra Theagarajah.

Dialog first announced it was forming a joint venture partnership with Orion City to build and manage a 200 rack facility at the Orion City IT Park in early 2018 and said the facility would be built that same year.

“With our DC now online, we will be able to provide clients with best-in-class, globally competitive services to accelerate their digitalization journeys, rationalize core infrastructure costs and establish stronger levels of security and redundancy, all while reducing energy costs and contributing towards a green and prosperous economy,” Digital Realty pvt Managing Director Jeevan Gnanam said this week.