Its second cloud region in Australia

Oracle has been opening Gen 2 cloud data centers since 2017, designed to establish an Oracle cloud to deliver its own applications as a service. Melbourne is the 20th facility in a roll-out plan announced at the start of 2018, to increase cloud regions running from multiple redundant data centers and thus ensure reliability and global reach. 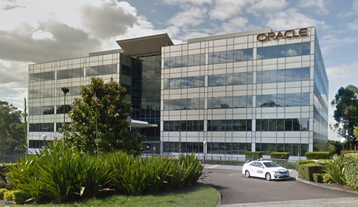 Oracle was late to fully appreciate cloud, but says its Gen 2 cloud is specifically architected to meet the needs of businesses, and includes technology such as AI-based applications, ML-integrated security, and automated analytics. The latest plan is to reach a total of 36 Oracle Gen 2 Cloud regions by the end of this year, says Oracle.

In Australia, having a second region will give local enterprise customers better reliability as well as the option of business continuity. The alternative is to rely on Oracle cloud regions elsewhere – which brings a penalty in latency .

Aside from Sydney and Melbourne, Oracle Gen 2 Cloud regions in Asia can currently be found in Tokyo, Osaka, Seoul and Mumbai. According to Oracle, new Asia cloud regions in Hyderabad and Singapore are also on track to launch by the end of this year.

“Not all clouds are created equal. Our next-gen cloud infrastructure has been built for an autonomous future, with security built in. With our Melbourne cloud region, local customers and partners can now confidently host and protect mission-critical workloads and drive innovation,” said Valery Lanovenko, Oracle’s VP and MD for Australia and New Zealand.

In the past year Oracle has opened 17 Gen 2 cloud regions, and claims this is the fastest expansion by any major cloud provider. It currently operates 21 regions globally, of which 16 are for commercial customers and five for government.