Oracle's 'Generation 2 Cloud' will go live in Australia at the end of this month, with the arrival of a new region in Sydney. 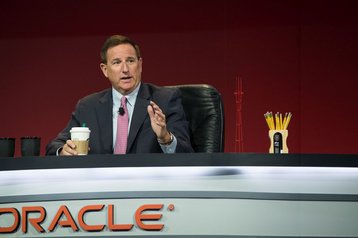 Oracle previously stated that it intends to have 19 regions live by the end of 2019, as well as an additional one in Melbourne early 2020.

“Now, customers and partners in Australia can locally harness the power of Oracle Cloud and leading services like Autonomous Database to unlock innovation and drive business growth,” said the database giant.

Oracle says that its 'Generation 2 Cloud' is specifically architected to meet the needs of businesses, thanks to the inclusion of technology such as AI-based applications, ML-integrated security, and automated analytics.

It also includes the Oracle Autonomous Database, which it say is a self-driving database that “automatically encrypts data, backs itself up, tunes itself, upgrades itself and automatically patches itself when a security threat is detected.”

“As more Australian businesses look for new ways to unlock value from their data and drive innovation, Oracle is making deep local investment to ensure they have the right platform for transformation,” said Valery Lanovenko, VP Technology, Australia and New Zealand.

“This is a whole new class of cloud, designed from the ground up to both host mission critical workloads and drive innovation. This new data center helps us address significant customer demand for Oracle Cloud Infrastructure and Oracle Autonomous Database, and meet local regulatory requirements.”

Oracle believes it has timed the arrival of the new Sydney region just right, citing analyst house 451 Research as pointing to the enterprise need down under for cloud offerings on enterprise-class cloud infrastructure.

“There has been a data explosion across the Asia Pacific region as business organizations look for ways to create value from both structured and unstructured data,” said Agatha Poon, research director at 451.

“The result is an increasing need for fast data processing and heightened requirements on enterprise-class cloud infrastructure,” Poon said. “Organizations demand uncompromising security, predictable performance, optimal price/performance, highly scalable cloud-native offerings, and no vendor lock-in. Vendors that can meet these needs and provide openness, cloud interoperability and portability stand the best chance at being selected as the cloud of choice.”

Oracle is a smaller cloud player than the likes of AWS or Microsoft Azure, but the database giant says that it has 430,000 customers using Oracle in 175 countries around the world, including more than 4,000 customers in Australia and New Zealand alone.

Last month Oracle officially launched a data center in South Korea, after it had launched a South Korean cloud region in May to little fanfare.