Following on from signing a wholesale agreement with AT&T in the US this week, the company has signed further deals to provide services in the US, India, and the Indo-Pacific.

OneWeb investor Hughes Network Systems and the company have signed a distribution agreement in the US focused on enterprise services. In India, the parties have entered into an MoU for a strategic agreement to distribute services to large enterprises, SMBs, government, telcos, and ISPs in the rural and remote parts of the country.

“OneWeb’s system enhances the Hughes portfolio of networking capabilities, introducing a low-latency option with global reach that complements GEO satellite capacity density and capability to meet our customers’ needs,” said Pradman Kaul, president of Hughes. “As a case in point, in India which has been starved of high-throughput satellite services, the OneWeb services will help us meet the tremendous backhaul and broadband demand.”

Hughes, through its parent company EchoStar, is an investor in OneWeb. Earlier this year Hughes and OneWeb announced the US Air Force as a customer for a connectivity pilot project in the Arctic. Hughes is also expanding its own broadband satellite capabilities with the Jupiter 3 Ultra-High Density Satellite, expected to launch in the second half of 2022.

“OneWeb is thrilled to be working with Hughes to offer our connectivity solution across the U.S. and India. This agreement is another example of our commitment to deliver high-quality, continuous internet access to areas in need including in rural and remote areas of the U.S and India,” said Neil Masterson, OneWeb CEO.

At the same time, OneWeb has also signed a distribution partnership agreement with US firm Peraton to offer LEO satellite connectivity to its government customers.

“The capabilities offered by OneWeb’s satellite network complement Peraton’s existing satellite and terrestrial services,” said Mike King, Peraton’s chief growth officer. “We are now positioned to provide a more comprehensive suite of communications capabilities with the flexibility to go wherever our customers’ missions take them.” 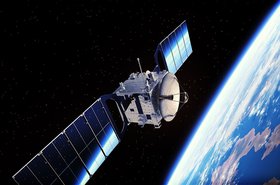 The company will offer LEO services both as a primary connectvivity option or as a hot backup to existing geostationary (GEO) satellites and fiber circuits for the DoD.

OneWeb’s Head of Government Services Dylan Browne added: “This capability will also significantly expand Peraton’s global network reach by allowing the extension of low latency broadband services to even the most remote locations, including historically challenging regions in Africa and the Indo-Pacific."

Unlike rival Low Earth Orbit satellite firm Starlink, OneWeb is focused on wholesale agreements with telcos and communication providers rather than selling directly to users. The company has partnered with SoftBank, BT, Rock Networks, Alaska Communications, and Pacific Dataport.

SpaceNews reports that OneWeb executive chair Sunil Bharti Mittal, said this week that OneWeb is holding “dozens of conversations in very advanced stages” with other telecom partners and will partner with his telco company Airtel to cover India, Southeast Asia, and countries in sub-Saharan Africa.