The New York Stock Exchange (NYSE) has threatened New Jersey lawmakers it will move its data operations out of state if taxes are imposed on electronic trades.

Nasdaq has also come out against the tax, saying it is in talks with Texas as a future home. 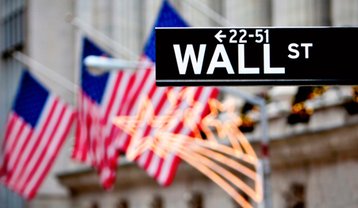 New Jersey is proposing a hundredth-a-cent tax on every financial transaction processed in the state. The transaction tax won favor amongst politicians and also of Governor Phil Murphy and Senate President Steve Sweeney back when it was introduced in July. At the time it was set to charge a quarter-of-a-cent ($0.0025), but has been scaled back due to the stock markets' resistance.

If implemented, New Jersey’s financial transaction tax would be a flat-rate levy imposed per instrument, not per trade. Lawmakers believe it could harvest about $500m each year or $1bn over the tax’s two year lifetime.

The securities industry in New Jersey employs about 38,000 people and pays nearly $1.4bn in state and local taxes.

The Assembly of Financial Institutions and Insurance Committee held a virtual public hearing on Monday, as reported by NJ.com. The tax would be paid by companies operating data centers specializing in financial trades. Many such facilities are based out of New Jersey's suburban districts like Mahwah, Secaucus, and Carteret.

In the past, proximity to Wall Street made it sensible for data centers to be nearby for low latency trading, however, the market has now been testing whether it can operate out-of-state.

Back in September and earlier this month, the NYSE simulated a trading day using its backup data center in Chicago. This was a practice for any possible relocation of the market to data centers out of New Jersey. The co-head of government affairs for the NYSE, Hope Jarkowski, said: “From Sept 28 to Oct 2, we moved our production servers for our NYSE Chicago exchange out of New Jersey to our secondary data center… Proximity to New York City is no longer relevant in today’s trading environment."

She added: “We understand why a financial transaction tax, or FTT as it’s commonly known, may be perceived as a silver bullet that can remedy or offset financial hardship with little effect on the financial markets themselves, impacting perhaps only big corporations or wealthy individuals. In reality, this tax would be imposed on a processor of transactions but would be passed along to a purchaser or seller.

"That said, these harms will never come to pass," she added, "because those with obligations to their investor clients will simply move their business out of New Jersey to avoid harm, leaving no transactions in New Jersey to tax and undermining the revenue-generating aim of an FTT.”

Nasdaq also threatened to leave if any transaction tax was put in place and said it is currently in talks with Texas Governor Greg Abbott about relocating trading systems to the Dallas-Fort Worth area. Several other unnamed states are also said to be talking to Nasdaq.

New Jersey Governor Phil Murphy revealed he has been in talks with market representatives to get them on side. At a Covid-19 briefing on Monday, he said: “We’ve had - I thought - constructive discussions with Nasdaq and the New York Stock Exchange. They’ve expressed their concerns. I can’t read their minds. But the fact that we are in an hour of need, this is not a 'forever and always' consideration. I think our side of the argument is also reasonable... we shall see. This is something we still are studying and we still like what we see, but it’s complicated, there’s no question about it.”

Bill sponsor Assemblyman John McKeon also suggested that the threats to leave could be saber-rattling, noting that the low cost of the temporary tax would likely be less than the cost of moving data centers.

A vote on whether to implement the tax has not yet been scheduled by New Jersey state authorities.