Every millisecond counts with high-frequency trading

The New York Stock Exchange (NYSE)'s plan to install microwave dishes and antenna equipment on the roof of its data center in Mahwah, New Jersey has been challenged by Virtu Financial.

The trading firm said that “resource and engineering constraints" would mean that only one wireless provider could install its equipment, giving the company that the NYSE chooses a monopoly over access to the fastest data transfer.

With fewer hops, microwaves can carry data faster than with fiber optic cables, allowing firms that use high-frequency trading algorithms, including Virtu, to complete trades in milliseconds. 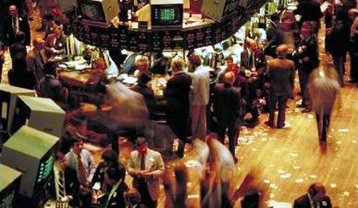 A letter from Virtu Financial to the US Securities and Exchange Commission was posted on the commission's website in late July, after the NYSE gained planning permission for the roof equipment.

“NYSE's variance proposal only sought permission to add enough capacity for one provider due to purported resource and engineering constraints,” Virtu's letter claims. “This in turn means that only one wireless provider (as selected by the NYSE) will be able to locate an antenna on the NYSE roof under the variance that was granted.

“In our view, this is blatantly anti-competitive,” it argued. “As such, the variance has the effect of granting a monopoly to NYSE's connectivity and colocation division, Secure Financial Transaction Infrastructure ('SFTI'), to charge exorbitant fees for access to its antenna, while potentially lower cost wireless providers that could provide competition to the NYSE vendor are arbitrarily blocked from participating in the market.”

According to Reuters, Virtu also argued that as the NYSE would never have been allowed to sell space on its exchange floor at a premium price that advantaged one member over others, neither should it be allowed to do the same with rooftop access.