NTT today announced a new hyperscale data center in Mumbai that it says increases its capacity in India by almost a third (30 percent).

The new Mumbai 7 data center is a 38MW facility with 375,000 sq ft (34,800 sq m) of colocation space that the company says can host 5,000 racks. Connected by diverse fiber connectivity from four sides, the facility is already operational with anchor customers on-board, says NTT.

Including Mumbai 7, NTT currently operates 10 data centers in India across four major cities with over 1.5 million sq ft of space and over 150MW of power. 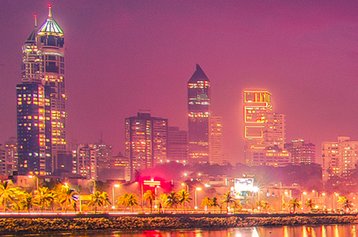 To meet surging growth projected by 451 Research to hit 23 percent annually, NTT had said it plans to double its data center capacity in India over the next two to three years. To this end, it will invest around $2 billion on the expansion of data centers, networks, and solar power projects in India.

“We are extremely pleased to increase our data center footprint in Mumbai, during this pandemic to enable our clients to derive greater value while delivering business outcomes,” said NTT’s India CEO, Sharad Sanghi.

“Our data center facilities are poised to become the very heart of India’s IT Infrastructure needs providing the right platform with end-to-end ICT solutions combining hosted infrastructure, network, security and managed services - to balance the critical IT load of businesses.”