Capacity in megawatts set to double in five years

Data center demand is picking up in India, the second most populous country in the world.

With 669 million Internet users, the country has huge internal demand. The companies scrambling to meet that demand in clude hyperscale and colocation providers such as Bridge Data Centres, and STT GDC, as well as giant public cloud players such as Amazon Web Services, Google Cloud, Alibaba Cloud, Microsoft Azure and Oracle. 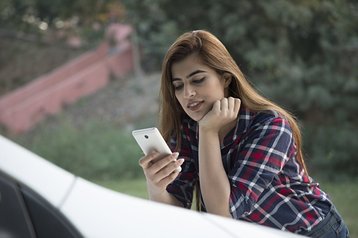 India has more than a billion mobile phone users

The data center sector in India is probably one of the fastest growing data center markets in the world, says Rajesh Tapadia, CEO of Nxtra Data, a subsidiary of Indian telecoms giant Bharti Airtel. The country has more than one billion mobile subscribers, he said, and the Government is pushing for digitalization and a transition to cloud-based solutions.

“[The Government’s] Digital India mission has propelled this growth further and today the digital ecosystem in India has been booming. With the advent of digital technologies, businesses across India – large to small and mid-sized enterprises are undertaking rapid digitization and transitioning to cloud-based solutions,” explained Tapadia.

This is resulting in a situation where demand is outstripping supply. Indeed, last month, an Indian data center executive told DCD there is an "acute lack" of data center space in India.

“Demand is outstripping supply in India according to our projections,” agreed Jabez Tan, a research director for data center and cloud market intelligence at analyst firm Structure Research. According to Tan, the Indian data center sector currently has 252MW of power which is expected to more than double to 536.1MW by 2024 thanks to a compound annual growth rate greater than 20 percent.

Much of the data center growth is clustered around Mumbai, the country’s financial center and most densely populated city. With 52 percent of the market in Mumbai, it is seeing higher growth than cities such as Osaka, Beijing and Guangzhou, according to numbers from Structure Research. The overall colocation revenue in India is pegged at US$730M this year, and is poised to hit US$2 billion within five years. 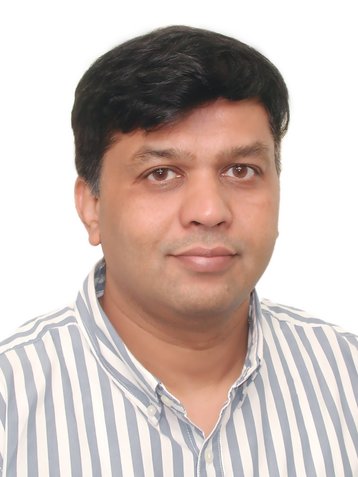 The push for data locality

Fueling part of this demand are recent changes in the regulatory environment. Last year, the Reserve Bank of India mandated that all data of financial transactions should be stored on servers located in the country. This means that banks and fintech firms will have to house their data in India, increasing demand for data center and cloud facilities in the country.

The push for data localization won’t stop with financial organizations either. A draft of the Personal Data Protection Bill (2018) is likely to be tabled in Parliament in the coming winter session, though technology firms have expressed concerns and are pushing to roll back some of the proposals or at least better delineate or categorize data. If the bill is passed, a Regulator could be appointed within months.

According to Shankar Jadhav, the managing director of financial services company BSE Investments, the decision by the Reserve Bank of India has culminated in organizations being more conscious of data locality requirements. Because no definite deadline was imposed, it has the effect of helping to drive investments in new data centers without the corresponding price spikes associated with scarcity.

Still, data center demand is outstripping supply in India, says the industry veteran who told DCD he was involved with three data centers and is now working on a fourth one for BSE Investments. Jadhav says his conclusion is based on conversations and interactions with IT professionals who are in the business of setting up data centers in India. 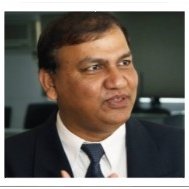 According to a recent report on the Economic Times, access to reliable power and land banks in areas where there is demand are two key worries. Tan echoed these two considerations, noting that the ability to secure land ownership and reliable power are major challenges in the subcontinent.

While not much can be said about land – a perennial issue in top cities the world over – the pessimism may not take recent improvements in the power situation into consideration. As we noted in a report earlier this year, India has progressed significantly from its days where rolling power-cuts were commonplace and massive-scale power outages that span multiple states are known to happen.

“The reliability of power has improved in the last few years especially in some key states. The government realizes the criticality of data centers and its impact on the economy and potential investments and is supporting the development of an ecosystem including providing attractive land options with ample power availability and usage of renewable energy,” said Tapadia of Nxtra Data.

Jadhav doesn’t see reliable power to be a consideration, noting that it is what backup generators are for. He cited the anecdote of his Bombay data center, where mains power has never been lost for the last “seven to eight years”. Only the breakdown of a major transformer system saw the facility resort to a backup generator for a “couple of hours”.

But what of perpetual rumors of poorly built data centers or inferior components and designs within facilities? “It is true all over the world,” argued Jadhav. “I’ve visited some of the data centers where the systems are poor. This will change over time. India data centers are world-class. My standards are higher than Tier-III or Tier-IV.”

Ultimately, the combination of data locality and demand for low-latency cloud performance means that data centers and public cloud footprint will only grow in India. Over time, this can only lead to higher quality facilities.

“The quality of data center infrastructure and operations has evolved in the last five years primarily because the customers became aware and demanding to ensure their mission-critical business can run uninterrupted. Many global customers are driving the operators to deliver on their stringent availability and compliance needs,” said Tapadia.

“To ensure they remain the preferred service providers for their customers, data center operators have started adopting global standards and practices,” he said.

DCD>Mumbai will bring together over 500 experts from enterprises, hyperscalers, colocation operators, data center and cloud service providers at India's leading IT infrastructure event.

Book one of the last remaining tickets, to join us on November 22 at The St. Regis Mumbai. https://www.datacenterdynamics.com/conferences/mumbai/2019/register/