Infrastructure has been deployed as high as 3,720 meters, with plans to reach summit by close of year

Tanzania has installed Internet access infrastructure on the slopes of Mount Kilimanjaro, providing a mobile boost for those that are brave and fit enough to hike it.

The move means that hikers with smartphones will be able to send messages and update their social media feed while scaling the mountain, with Tanzania Telecommunications Corporation deploying the broadband network. 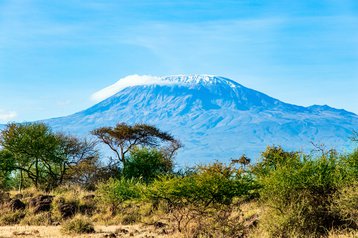 Tanzania's minister of information, communication, and IT Nape Moses Nnauye posted about the launch of the mountain's mobile connectivity in a tweet last week.

It's a significant boost for Tanzania as Mt Kilimanjaro is a crucial source of tourism to the country and neighboring Kenya. It's estimated that close to 35,000 people a year climb the mountain.

The highest land-based mobile phone call ever made was recorded at 8,848m on the summit of Mt. Everest, Nepal in 2007.