DCs for Bees has its first international event

More than 115 volunteers from the data center sector pitched in to support pollinators in Loudoun County, Northern Virginia last week.

The DCs for Bees event, at JK Community Farm, Purcellville built 25 raised beds, planted with organic vegetation to support pollinators including bees. The increased pollinator population will increase the productivity of the farm, which donates all the food it produces. 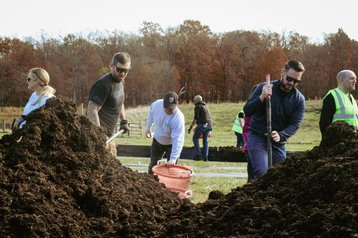 The event, last Thursday, is the first North American event for DCs for Bees, an initiative started by Irish data center group Host in Ireland.

JK Community Farm, set up by local business JK Moving Services, claims to be the largest community farm in the US, producing meat and vegetables. In 2022, the farm produced more than 230,000 pounds of food, and it predicts that the pollinator-friendly planting could boost that by another 20,000 pounds per year,

Food from the farm goes to nonprofits including Loudoun Hunger Relief, Food for Others, Arlington Food Assistance Center, and DC Central Kitchen; the farm estimates the boost to pollinators could produce another 1,000 meals a year. 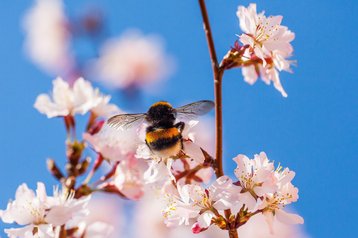 In Ireland, DCs for Bees has produced a guide for data centers wanting to support pollinators, arguing that biodiversity is as important as reducing carbon emissions. both CyrusOne and Equinix have joined a pollinator-friendly orchard scheme launched by DCs for Bees.

Other data centers have supported honeybees specifically. Stack has beehives on its Milan campus, while NTT has hives on the roof of its Vienna facility.