In case of sabotage or protests

Local police are guarding a Swiss data center used by SWIFT, after Russian banks were dropped by the financial service provider.

The 'Society for Worldwide Interbank Financial Telecommunication' acts as the main messaging network through which international payments are initiated.

Around 11,000 banks from over 200 countries are connected to the system, making it a critical part of the modern financial system. 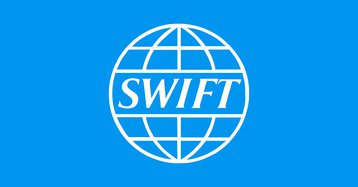 SWIFT operates three data centers - one in Zoeterwoude, Netherlands; another in Culpeper, Virginia, United States; and a third in Thurgau, Switzerland. It also has a Command and Control center in Hong Kong.

The European ones were revealed in 2013 to be under surveillance by the US National Security Agency. Now, they are under added protection.

German publication Neue Zuercher Zeitung reports that the local Thurgau cantonal police have set up a security perimeter around the facility, after consulting with the company.

The extra defenses are partially symbolic, but also aim to prevent potential Russian sabotage or protests.

Even without the added protection, the facility is relatively secure - surrounded by high barbed-wire fences and an array of CCTV cameras. Five of its seven floors are underground, and it has its own guards.

SWIFT previously claimed that, should one data center fail, the other two are designed to be able to take over - however, such a process is difficult, with similar designs at other companies not always proving successful.

The company could also be the target of cyberattacks, either from Russia itself, or a number of independent and semi-independent hacker groups that have said they will fight on behalf of Russia.

Gisela Kipfer, the media officer at the Swiss National Center for Cyber ​​Security, said that the agency was now in regular contact with operators of critical infrastructure in the country, including SWIFT.