As well as a large media business, SPH owns a number of properties as well as the SPH REIT, which combined own of shopping malls, residences, nursing homes, and student accommodation facilities across Singapore, Japan, and Australia.

The acquisition would also see Keppel consolidate its existing ownership of local telco M1 and the Genting Lane data center, which are currently jointly owned with SPH. 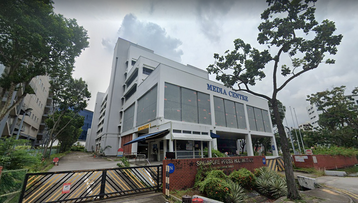 Keppel, through its newly-founded Keppel Pegasus Pte Ltd wholly-owned subsidiary, is offering S$2.2 billion (US$1.6 billion) in a deal that would take SPH non-media business private. The transaction is expected to be completed by December 2021, subject to approval.

“The outcome is the result of a strategic review process that has taken place over many months,” said Ng Yat Chung, CEO of SPH. “We took the first step with the Media Restructuring to ensure a sustainable future for the media business while removing its losses from SPH. The next step was a thorough process to unlock and maximize value for all shareholders for the remaining company.”

Last year SPH and Keppel set up a joint venture to develop and operate a data center at SPH’s current Genting Lane property. In 2019, both companies took a majority stake in Singaporean telco M1 through another joint venture. Earlier this year Keppel announced its DC REIT and M1 were to form a new company that will buy M1’s telecoms assets.

Keppel described the proposal as a “rare and attractive opportunity to acquire a synergistic portfolio.”

“The two companies are already close partners in businesses such as M1, Prime US REIT, and the development of the data center at Genting Lane in Singapore,” added Loh Chin Hua, CEO of Keppel Corporation Limited. “The acquisition would allow us to reap further synergies between Keppel and SPH."