The underground data center will span 64,000 square feet (6,000 sq m) in its first phase, with 15MW of power available. Construction is expected to be completed this year, with commercial operations starting in 2021.

The company said that it expects to double the site's size in the future, and that it plans to meet Uptime Tier III standards. 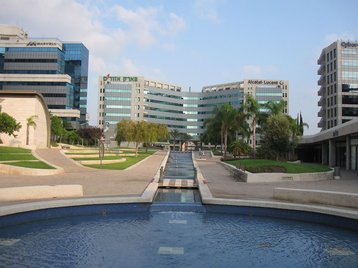 The facility will join Global Data Center's other site in nearby Herzliya, which the company expanded last year to 64,000 sq ft.

“The establishment of the new data center, near large high-tech centers of Petah Tikva, offers the best proof of the business momentum that we are currently experiencing," Global Data Center founder and CEO Moshe Lasman said.

"High tech companies, financial institutions, and multinational organizations that operate in Israel understand the huge value embodied in the hosting of their IT and telecommunications infrastructure at a secure external site that operates on the highest international standards like those we offer.

Israel has a relatively small data center market, but is already being eyed by cloud providers as a way to gain a foothold in the Middle East.

Microsoft plans to launch a cloud region in the country next year (although that might be delayed due to worker injuries), while AWS is reportedly looking to build in Yeruham, and Oracle is on track to open a cloud region this year.