Data center and storage provider Iron Mountain will be tracking its energy usage and carbon emissions hour-by-hour, as a step towards going 100 percent carbon free.

The company is using the ClearTrace energy and carbon accounting platform to gather hourly energy and carbon analysis in its US data centers. ClearTrace will provide digital infrastructure for the analysis which will be traceable and verifiable for carbon reporting, and will help Iron Mountain work with suppliers to procure renewables that match its current hourly shortfalls, so it can go fully zero-carbon. 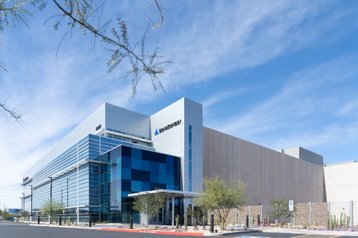 The announcement follows a pilot test.

“We are fully committed to achieving 100 percent clean energy for our data center customers, every hour of every day," said Chris Pennington, director of energy and sustainability at Iron Mountain Data Centers. “After a successful pilot with ClearTrace, we are excited for the insights their technology will provide in support of our commitment to 24x7 carbon-free energy. Knowing where we are throughout the journey towards complete decarbonization is critical for accurate reporting and credible results.”

Tracking emissions hour by hour has been a growing trend among data center operators. Emissions caused in generating the power they consume are classified as "Scope 3" emissions, which operators are keen to eliminate. Buying an equivalent amount of energy from renewable sources can offset the energy used in a data center, but it does not address the fact that renewable energy is produced intermittently, while data centers consume continuously.

Iron Mountain says that matching carbon hourly, instead of on an annual basis, will reduce carbon emissions tangibly, and cites a study by the Princeton Zero Lab which suggests that these measurements will make the transition to 100 percent carbon-free energy more achievable.

Cloud providers have been making some steps towards this: Google has a project to make its energy mix renewable mix hour-by-hour, while Microsoft has similar efforts underway. Both Google and Microsoft are trying to show customers the carbon intensity of their clouds using tools and dashboards.

The effort is more complex for colocation providers who have to deal with customer hardware and software stacks. Iron Mountain says it is the first colocation data center to achieve carbon free hosting, in three of its US data centers which have been using the ClearTrace platform. The method is being rolled out to seven more sites now.

As well as ClearTrace, other firms offer carbon accounting. In December, Aligned Ascend, T5 and new player Corscale all opted to use Ledger8760 .