The 50MW carrier-neutral facility in the Chiba Prefecture, on the east coast of Honshu Island, was built in just eight months thanks to the modular design of the data center. Set to be operational from May 1st, it will use outside air to cool.

Founded in 1992, IIJ has built one of the largest Internet backbone networks in Japan, and was the nation's first ISP. 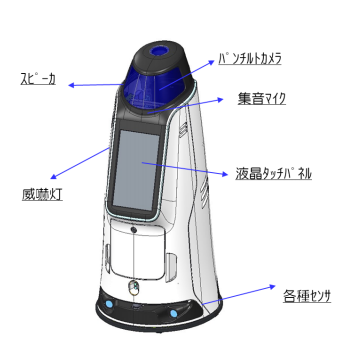 R2-D2 for your data center

Reception, patrolling, monitoring, and other operational tasks in the data center will be handled by a Reborg-Z security robot.

The Reborg-Z robot is a standing guard robot created by security company Alsok. The robot is equipped with options for detecting hazardous gases and has a fire extinguishing function. It is unclear how a standing robot can patrol a facility. Humans will likely still be required for the majority of tasks.

The company said that "the Shiroi DCC uses outside-air cooling system that accounts for a significant portion of data center energy consumption.

Another Japanese data center operator is about to start building an air and snow cooled facility in Hokkaido, Japan. Kyocera Communication Systems plans to build a data center solely powered by wind, solar and biomass in Ishikari City, Hokkaido, Japan.

Hokkaido temperatures regularly reach below 30°F (-1°C) during the winter, allowing the data center to be cooled by ambient air during these months. At the same time, snow will be collected and stored to provide cooling in warmer summer months.