Fujitsu is building a supercomputer for the University of Tokyo

The machine is expected to deliver up to 6.6 petaflops and should be operational by July 2019 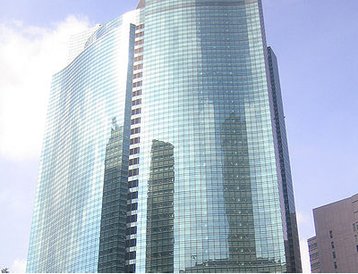 In the International System of Units, 'peta' is a prefix indicating one quadrillion, so the system will be capable of 6.6 quadrillion floating point operations per second.

The Computer Center at the University of Tokyo was established in 1965 to enable shared use of computing resources by researchers across Japan. The Information Technology Center has been using supercomputers to advance cutting-edge research in science and engineering.

According to the university, the upcoming system is expected to be used for field trials designed to create data utilization platforms with a vision of achieving Society 5.0 - a human-centric model that delivers both economic development and resolution of social issues through systems that fuse virtual spaces and the physical world.

6.6 petaflops is an impressive amount of computing power, though compared to other supercomputers around the world, it still leaves a lot to be desired. Last year, the US Department of Energy and IBM launched Summit, America’s fastest supercomputer with a peak performance of 200 petaflops, or 200,000 trillion calculations per second.

For more on Summit, and the race to exascale, be sure to read our latest magazine, available today for free: