Carrier neutral data center operator Colt Data Center Services (DCS) has bought a site in Osaka, Japan, which the company intends to build a 30MW data center on (update: The company has since upgraded its plans to 40MW).

The Osaka hyperscale facility will be Colt DCS’ first in the region, with construction on the site due to start later this year. 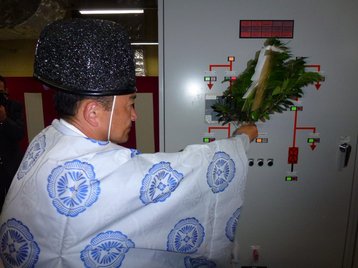 Colt DCS already has two hyperscale facilities in Japan, both of which are in Inzai just east of Tokyo.

Richard Wellbrock, vice president real estate at Colt Data Center Services, said: “The acquisition of the site and our continued focus and investment in Japan is being driven by our hyperscale customers who need large capacity requirements and require reliable and scalable solutions.

“We are confident that our track record of building and delivering hyperscale facilities will be able to support the influx of cloud service providers in the country as they continue to expand their operations. The Osaka site acquisition is yet another step forward for us in significantly strengthening our foothold in APAC as well as being testament that our land banking strategy remains solid.”

Equinix, NTT Comms and Microsoft have already built data centers in Osaka - the region is the second largest economic market in Japan after Tokyo.

Google launched its first Japanese cloud region in Tokyo in 2016, and is expected to launch an Osaka cloud region this year.