And have zero waste, according to its latest promises

Intel has set itself the targets of running entirely on renewable energy, producing no waste to landfill, and to be net positive on water use by 2030.

The goals are contained in the company's new corporate social responsibility (CSR) report, along with other promises to source minerals responsibility and reduce the environmental impact of the semiconductor industry, to work for standardization to promote healthcare technology, to push for inclusion, and to help the rest of us achieve carbon-neutral computing.

The company is already recycling 90 percent of its rubbish, has eliminated all hazardous waste, and has cut its greenhouse emissions by 39 percent in the last decade, meeting most of the goals it set in 2010. 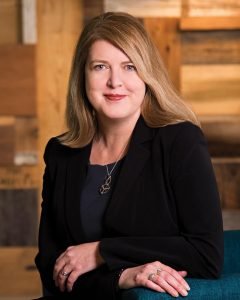 The new CSR report starts with Covid-19, placing response to the pandemic alongside moves to help with climate change and inequality, and also makes mention of forest fires. "In light of Covid-19, the need for corporations to take a collaborative approach to solve the world’s greatest challenges has never been more apparent," says Suzanne Fallender, head of CSR at Intel in a blog . "This is especially true for technology companies as data and information play a crucial role in helping to track, diagnose and treat this pandemic, and will continue to do so as we look to get ahead of future global challenges."

Alongside the environmental goals,. Intel plans to double the number of women and underrepresented minorities in senior leadership roles, and to get more of them into technical positions. Currently 18 Intel's senior leadership are women and seven percent are from minority groups, so they would still be in a minority there. Right now, 25 percent of Intel's women are in technical roles - a figure the company wants to increase to 40 percent in the next ten years.

There's a section on health and safety, inspired by the role of technology in responding to Covid-19. Intel wants to see the tech industry and government acclerate cures for diseases by using the cloud and AI - and ensuring that there are standards that get medical systems more widely used. The company also promises to make sure autonomous vehicles are safe.

As well as its own emissions. Intel has another big load on its environmental conscience: "Scope 3" emissions, that occur in upstream and downstream value chain - ie including emissions from systems built with Intel technology. These emissions are likely much larger than its own internal emissions from Scope 1 and the Scope 2 emissions from energy which it purchases. Intel has set itself a goal of reduce its Scope 3 emissions by 10 percent - effectively promising to make everyone's PCs use less power.

Most other tech leaders have made promises to reduce their footprint, with Microsoft promising to be carbon neutral by 2030, including a goal of paying back all the emissions the company has caused in its history.