President Joko “Jokowi” Widodo has announced that the Indonesian government will create a new, simple regulation to help Microsoft build a data center in the country.

As reported on the Jakarta Post, this will happen “within a week” of the meeting between the Indonesian president and Microsoft CEO Satya Nadella that took place in Jakarta last Thursday.

“Microsoft would like to immediately invest in Indonesia, so we will decide within a week to issue a simple regulation to support investment in a data center,” Jokowi was quoted as saying. 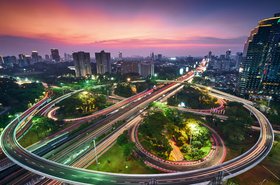 It wasn’t immediately clear what barriers that Microsoft faced in constructing its own data center in Indonesia. Direct foreign investment is encouraged by the Indonesian government, though multinational data center operators might work with local partners for their know-how, or to mitigate risk.

Jokowi also pledged that the government would continue improving Internet network across the country, pointing to the completion of the Palapa Ring as evidence of how the country’s telecommunication network is being improved.

As we reported earlier, the Palapa Ring Project is an ambitious initiative to install a high-speed network with 12,000 kilometers of fiber cable, to serve as the national backbone and overcome the challenges of Indonesia’s dispersed geographical layout.