How the cloud is fueling Indonesia’s data center growth

Giant cloud providers have arrived, and SMEs seem to prefer their services

Indonesia is the fourth most populous country on earth and the largest economy in Southeast Asia. It's long been predicted to have a strong cloud data center market.

That may finally be happening, as large cloud providers have arrived, local organizations are moving into their virtual spaces, and the Indonesian government has regulations that encourage the shift - and this wejk has seen the announcement of a new data center campus in the country. 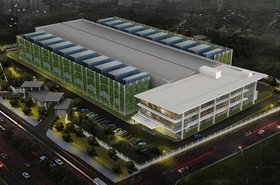 The first evidence for this is in the presence of global public cloud providers such as Alibaba Cloud, Amazon Web Services (AWS) and Google Cloud, who have finally turned their collective attention towards establishing a strategic hub there.

Alibaba Cloud earlier this year launched its second data center in Indonesia, while a new Google Cloud Platform region in Indonesia with three zones is set to launch in the first half of next year. Finally, an AWS Jakarta cloud region is also in the works and is expected to go live by 2022 or earlier.

“[The cloud giants] test the market for signs of strong and continuous growth potential. A country only sees their confirmed level of investment once the evidence backs up their business case,” explained Darren Hawkins, president and CEO of Polymer Connected, a Singapore-based data center operator which in 2018 opened a Jakarta office in the Indonesian Stock Exchange bulding.

Two other developments could boost the industry. The first is the impending arrival of 5G, which could drive demand in data centers. While the next generation mobile technology is still fairly nebulous, reports suggest that Indonesia hopes to have a definite direction for 5G after the World Radiocommunication Conference (WRC) happens in Egypt in October.

‘We are waiting for the WRC event," Directorate General of Resources and Equipment of Post and Information Technology (SDPPI) spokesman Ismail is widely quoted as saying. Indonesia is expected to use the 3.5MHz band for 5G, but the actual roll-out will depend on the plans of cellular operators.

The second development is the upholding of Government Regulation 82 of 2012 (PP 82/2012). which – if strictly enforced – could well result in Indonesian companies moving their data home from regional hubs such as Singapore. 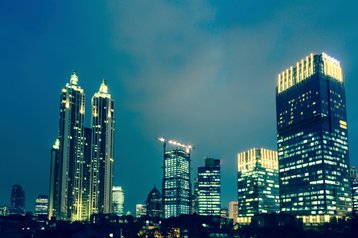 The lure- and risks - of the cloud

The arrival of the cloud giants is welcomed by at least one senior IT executive. Kristiono Setyadi, the CTO at The Jakarta Post and a cloud proponent outlined some benefits of the cloud to DCD: “Before the cloud, new deployments in production environments [can be tedious]. Many hours could be spent on a deployment with no guarantees of success. Upgrading was painful, too.”

This is not to say that the cloud guarantees a smooth deployment. Setyadi relies on multiple clouds and says the lack of interoperability is a potential issue. “There's [zero] to little interoperability among public cloud [platforms] so people have to understand and learn each of them. The learning curve is different, and people need to understand what each cloud is capable of,” he cautioned.

For now, Setyadi concedes that colocation is “still big” despite strong interest by businesses to adopt cloud services: “Not all companies are willing to move to the public cloud as they still want to have full control of their data without someone else's being in possession.” He is hopeful, however, that companies will eventually move to the cloud as they learn more about the security and data protection mechanisms offered by public cloud platforms. 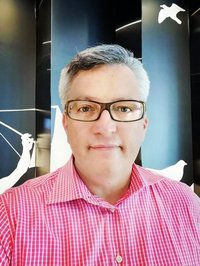 A time of growth

Hendra Suryakusuma, who is the current chairman at the Indonesia Data Center Provider Organization (IDPRO) sees the cloud growing significantly in Indonesia. Data center operators are seeing strong demand from public cloud providers, as well as a sharp increase in spending on digital capabilities and cloud services by end user organizations.

“We have more than 56 million small and mid-sized enterprises (SMEs), of which many are currently undergoing digital transformation. Around 3.7 million of them are already online… IT spending is up,” he said, noting that SMEs today prefer to buy cloud services rather than deploy their own infrastructure.

In addition, network connectivity is no longer a problem with prevalent 4G coverage and fiber optics connectivity. Suryakusuma credited the government for upgrading digital infrastructure over the last decade, including the Palapa Ring Project, a vast fiber optic network designed to bring fast broadband to both rural and urban parts of the country. Parts of the network is already in operation, and it is currently scheduled for completion this year.

“We are living in a very exciting era. We see a very rich demographic advantage in terms of our population. We have more than 260 million people in Indonesia, of whom 60 percent are below the age of 40. The adoption rate for new digital technologies is quite high which in turn drives demand for data centers,” said Suryakusuma. 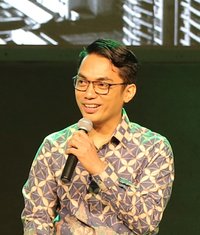 … and a time for change

Enterprises will need to do things differently to take full advantage of the new capabilities that the cloud offers, says Setyadi. According to the CTO, this starts with nurturing key talents and skillsets, especially those revolving around DevOps and the cloud.

“They need to understand that revamping or even designing their IT infrastructure from scratch takes courage and if they're serious about it, they need to find someone who understands about the process and communicate it very well to all stakeholders,” he said.

“The journey is rewarding and if they're doing it right, the result will be even more rewarding. Having an adaptable IT infrastructure to cope with the business without losing sight of the big picture they want to achieve as a company.”

If there one certainty, it would be that the days of in-house data centers are numbered. The Indonesia market is starting to mimic more mature markets around the world, according to Hawkins. “We see companies questioning and undertaking a cost-benefit analysis of maintaining their own data center. We are seeing companies abandon their own facilities as the cost not only to maintain but to staff a state-of-the-art facility is cost prohibitive,” he said.

Next week, DCD>Jakarta will bring together leading enterprises, hyperscalers and service providers at the region’s leading conference and exhibition to identify new technologies and help prepare for competitive advantage in the new, digitalized world

We have crafted a comprehensive agenda featuring over 30 top level speakers who will be sharing their insight across keynote presentations, panel debates, roundtable discussions, lightning talks and other engaging formats.

We look forward to hosting you on June 19th at Hotel Mulia Senayan, Jakarta. BOOK one of the last few remaining spots: https://www.datacenterdynamics.com/conferences/jakarta/2019/register-dcdjakarta-now/