The proceeds will go to Bharti Airtel's Indian expansion plans

Airtel will keep the remainder of the Nxtra, which has a total valuation of approximately $1.2bn. The transaction is subject to regulatory approvals, including approval from the Competition Commission of India. 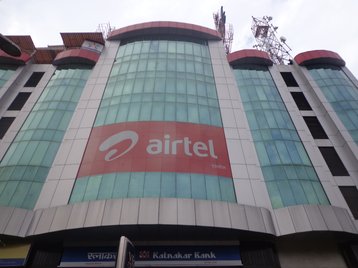 "Rapid digitization has opened up a massive growth opportunity for data centers in India and we plan to accelerate our investments to become a major player in this segment," said Gopal Vittal, MD, and CEO of Bharti Airtel.

Carlyle is an American investment firm that specializes in corporate private equity, real assets, and private credit. It manages an asset portfolio worth around $217bn and has experience in the data center industry with its ownership of US REIT firm Coresite and previous ownership of Spain's Itconic before Carlyle sold the company to Equinix in 2017.

The firm also shares executive leadership with established tech giants like Oracle with Renee James being both a director on Oracle's board and the operating executive at Carlyle.

Neeraj Bharadwaj, MD of the Carlyle Asia Partners advisory team, said: “India is set to become one of the largest markets in the world for digital services. "We look forward to collaborating with Airtel to unlock the full potential of Nxtra.”

Headquartered in New Delhi, Nxtra offers data center services to both domestic and international businesses, hyperscalers, start-ups, SMEs, and governments. Nxtra holds a portfolio of 10 facilities with more than 120 Edge data centers. The company deals in both colo and Cloud services.

According to Airtel, India is witnessing a 'surge' in demand for data center infrastructure. Large hyperscalers have been investing in the country with the most recent being Oracle's Hyderabad facility. This is the result of the Indian Government’s data localization policies, which force international tech firms to locate Indian data in-country.

Nxtra is currently expanding its platform with multiple data centers in Chennai, Mumbai, and Kolkata. Nxtra will use the proceeds from this transaction to continue scaling up its infrastructure.

According to a report by Reuters, Amazon is in early talks to invest at least $2bn into Airtel for a five percent stake in the country's third-largest telecoms company.

A source told Reuters that Amazon is considering investing more, and may buy a stake worth up to eight to 10 percent, but the talks are still in the preliminary stage. Should it go ahead, Amazon could offer cloud services through Airtel's expansive telecom fiber network, as well as give the company another platform to sell its smart speakers through.