Proposals on land, equipment and electricity taxes await the decision of the House

Next, the bill will make its way to the House floor, where it will be discussed and voted on – although no exact date for the hearing has been set. If approved, it could go into effect as soon as July 2019.

The news was welcomed by Digital Crossroads, a company that recently broke ground on a 105,000 square foot data center campus located on the site of the former State Line power station in Hammond, on the shore of Lake Michigan.

You would say that 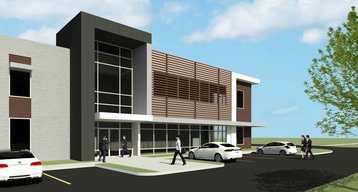 HB 1405 was introduced in January by state Representative Ed Soliday (R-Valparaiso). The bill was designed to attract data centers and large technology companies to Indiana by providing financial tax incentives for the development of new data center projects.

The exemption s will only apply to facilities of a certain size – the bill specifies that in order to take advantage of the favorable tax regime, operators would need to invest between $25 million and $125 million over five years, depending on the on the population of the county in which the data center is located.

Digital Crossroads is one company standing to benefit from the change in legislation. The company is planning to invest up to $200 million into a major data center campus in Hammond, set to open in June 2019.

The campus would serve the Chicago market, with Hammond being a part of the city’s metropolitan area despite being located in a neighboring state.

“Peter Feldman and I brought this mission critical data center to Indiana due in part to the strong leadership at both the state and local levels,” said Tom Dakich senior manager at Digital Crossroads.

“We’ve worked closely with Governor Holcomb and Hammond Mayor McDermott throughout the process to bring a potential $200 million investment to Hammond and today’s vote is another example of Hoosier leadership shown today by state Rep. Todd Huston (R-Fishers) and the entire Indiana House Ways and Means committee.”

More on tax breaks in the US