With three data centers in the country, IBM delivers on 2019 promise

IBM has opened a multizone region for its cloud services in Brazil, fulfilling a promise made back in 2019.

In 2019, IBM had one data center in São Paulo, Brazil, and promised it would extend it to a multizone region in 2020 to offer customers reliable web services. The work got delayed somewhat due to the Covid-19 pandemic, and the region finally went live this year, with two new data centers, also in São Paulo, but on three separate sites. 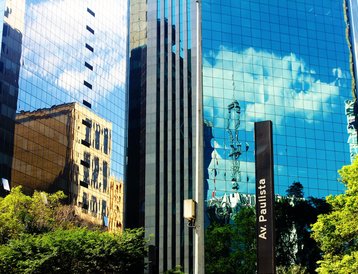 "The IBM Cloud Multizone Region is located in São Paulo state and consists of three availability zones in datacenters geographically isolated from each other," Joaquim Campos, VP of Technology for Latin America.told BNAmericas. "The three sites are owned and managed by IBM."

The investment, which triples the presence of IBM Cloud in Brazil, represents the tech firm's biggest investment in Latin America for many years. The multi-zone region is intended to support customers with sovereignty and data compliance requirements, allowing them to keep data within the country, and also to maintain the reliability associated with backups on multiple sites.

IBM expects to have customers in financial services, government and telecommunications, and will offer them services including IBM Hyper Protect Crypto Services, which lets them control their own encryption keys, so they can control access to data, ensuring that not even IBM can access it.

Having three independent data centers means that a failure in one site will only affect that zone, and workloads that are duplicated will be protected.

IBM now has eight MZRs around the world, having recently opened new ones in Osaka and Toronto, alongside existing ones in the US (Dallas and Washington), Europe (London and Frankfurt), Japan, and Australia.

"In a time of business transformation, especially in operational and relationship processes, IBM invests in infrastructure and cloud services to support customers and society in accelerating their digital journey," said Katia Vaskys, general manager of IBM Brazil. “We are proud to expand our investments and presence in Brazil, offering high levels of reliability, security, and control to create new business models based on massive use of data and Artificial Intelligence, and supported by Hybrid Cloud.”

In this first phase, a set of infrastructure solutions such as services and storage will be available, which help to provide security and control of network traffic, protection of sensitive data, backup and recovery systems. Throughout 2021, the IBM Cloud catalog will continue to be launched, offering platform service options to help customers quickly deploy mission-critical architecture and applications in Hybrid Cloud environments and Artificial Intelligence capabilities with IBM Watson, blockchain, IoT, and analytics.

IBM has announced some significant customers in Brazil. Shoes, bags, and accessories firm Arezzo&Co, will use IBM's hybrid cloud to offer a faster shopping experience, with updated sales processes and inventory control.

Brazilian fintech firm Stone, which has 650,000 SME customers, is moving part of its workloads to the IBM cloud, and Digisystem, a 30-year old Brazilian technology company has migrated many of its solutions to IBM's cloud.