Energy-hungry aluminum smelter had been set to close in August, freeing up power for Datagrid’s new Invercargill data center

The smelter, close to the city of Invercargill on South Island’s southern tip, had been scheduled for closure in August 2020, with the resulting spare energy load expected to be taken up by the data center. But Malcolm Dick, one of the backers of the Datagrid data center startup, claims that the timing of the extended closure “looks really good," and should still allow for the facility to gain sufficient power.

The company has no relation to US data center firm DataGryd. 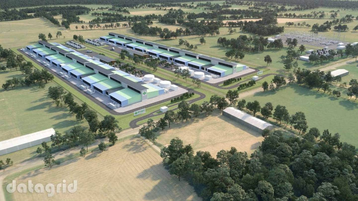 Speaking to the local NZ Herald newspaper, Dick said that Datagrid had acquired an option on land in Makarewa, a small town 7km north of Invercargill, where the data center would likely be located, but added that the startup needed to lay its fiber optic cable links first.

If the project comes to fruition it will be New Zealand’s first hyperscale data center, according to Dick, which will help bring high-tech jobs to the commercial capital of Southland. However, Microsoft is also building a data center in New Zealand, likely beating Datagrid to the punch.

Key to the viability of the project is a submarine cable that will connect the nearby city of Invercargill to Australia’s east coast. That will enable major hyperscalers, such as Amazon, Google, Apple and Facebook, to more directly serve around 20 million people across eastern Australia and New Zealand.

Amazon Web Services doesn’t yet have a presence in New Zealand, with connectivity for AWS customers in New Zealand catered for via the organization’s Asia Pacific region in Sydney. The data center will be fuelled by renewable, hydro-electric power, which ought to provide an incentive for environmentally conscious major players to jump on-board.

The project is the work of Dick, the co-founder of New Zealand telecoms company CallPlus, and Remi Galasso, the founder of Hawaiki Cable, a trans-oceanic telecoms infrastructure company linking Australasia to the US.

The Tiwai Point smelter is supplied by a dedicated link from the Manapouri Power Station, an underground hydroelectric facility 150km away capable of generating up to 800MW from its 850MW of installed capacity. Completed in 1971, it was specifically built to supply the aluminum smelter, but was later connected to the South Island transmission network.

Bauxite, the raw material from which aluminum is processed, is notoriously power-intensive to refine and the new data center was expected to take up much of the slack caused by its closure. Datagrid expect to consume 60MW in their first phase, and 100MW down the line - but say that they expect power to be available while the aluminum plant is still around.

Alternatively, New Zealand’s government has made noises about converting the facility at Tiwai Point into a hydrogen plant, which would also require a significant power input. It believes that such an industrial investment will provide more, longer-term jobs for people in the region.