The decision has given Telstra a permanent advantage, argues Optus

Australian mobile operator Optus has claimed that the decision to ban Huawei kit from Australia's 5G mobile infrastructure rollout has given rival MNO Telstra an advantage.

The operator has made the claims amid its recent objections to the Telstra-TPG network sharing deal, as the Australian Competition and Consumer Commission (ACCC) continues to weigh up the agreement. 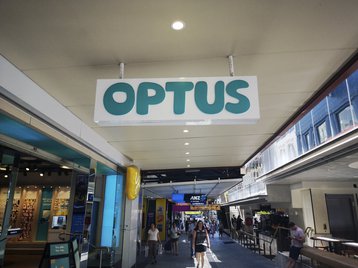 The decision to remove Huawei as an infrastructure vendor was made back in 2018 by the Australian government, with Malcolm Turnbull Australia's Prime Minister at the time.

The decision was made because of concerns around national security, and followed pressure from the US. Similar bans have been implemented in Canada, New Zealand, and eventually the UK following a U-turn.

In filings to the ACCC, Optus notes that it had deployed Huawei equipment into its network at the time of the ban, while Telstra had not.

"The advantages that Telstra has over Optus has been further exacerbated by the Australian government's announcement of the ban on Huawei equipment in August 2018," said Optus CEO Kelly Bayer Rosmarin in a submission to the ACCC.

"This means that upgrading a site to 5G is more expensive and time-consuming for Optus than Telstra because existing 4G Huawei equipment in Optus sites needs to be replaced whereas Telstra did not use Huawei equipment.

"The Huawei decision gave Telstra a material first mover advantage, and permanent cost advantage, on 5G that it has fully exploited."

In a separate filing, Optus networks VP Kanagaratnam Lambotharan expanded in further detail the impact the Huawei ban has had on Optus.

“The Huawei ban essentially meant that mobile network operators would not be allowed to operate a 5G mobile network in which transmissions using 5G mobile technology passed through Huawei RAN equipment at any stage.

“Further, Optus’ 4G and 5G networks both use the Huawei transmission equipment. This equipment will also have to be replaced.”

It follows TPG striking a network-sharing deal with Telstra earlier this year, which would see TPG using the MOCN services supplied by Telstra to offer 4G and 5G retail and wholesale services in regional areas of the country.

However, the proposed deal is still uncertain to receive approval reported IT News last month, with the ACCC suggesting that other models should be explored, while a deal could potentially favor Telstra and heavily impact prices that are "difficult to predict".

If the deal does go ahead, Lambotharan added that TPG would have the chance to exit from its investments in Huawei without having to replace equipment, "achieving a solution" in the process.

If the ACCC blocks the network sharing agreement and Optus strikes an agreement with TPG instead, Optus' submission said, “those costs would be shared to some extent."