SWE01: SIF DC will be first facility outside Iceland for renamed Advania

Located in the Stockholm Information and Communications Technology (ICT) district in Kista, the facility will become a contributor to the second-largest ICT cluster in the world after Silicon Valley.

Work on the 11.21MW facility was due to begin earlier this year, but was delayed due to the pandemic. The company now aims to bring a seventh of the facility’s capacity online in December 2021, with six more deployment phases to follow. 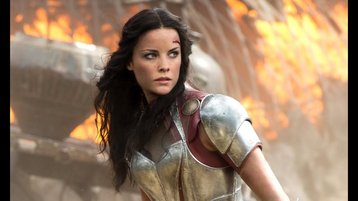 atNorth’s CEO Eyjólfur Magnús Kristinsson said the development was “a landmark project” for the company, as it is its first data center outside of Iceland, where it has two: Thor DC in Hafnarfjörður, near Reyjkavik and Mjolnir DC, in Reykjanesbær. The new facility follows the mythical naming convention: Mjolnir is the hammer of the Norse god Thor, and Sif is his partner (in the Marvel Comics), wife (in the Eddas), or good friend (in the movies).

“Our goal is to become a world leader in high-performance computing and colocation services,” Kristinsson said.

“We are excited to bring more compute power and services to our ambitious customers. It means they can reduce cost, bring products to market faster than before and solve even more complicated problems.”

Specifically designed for clients with high density workloads, the facility will be able to accomodate 40kW air cooled racks and 100kW liquid cooled equipment, and customers will have the option of opting for the company’s HPC infrastructure-as-a-service product, called HPC ¦ Flow.

As is the Scandinavian way, thanks to a favourably cold climate and the data center’s excess heat won’t go to waste, but will be reused by national energy provider, Stockholm Exergi, for domestic heating purposes.

Kristinsson said:“By collaborating with a leading energy provider in the area – Stockholm Exergi – the heat created by servers in our data center is not wasted but utilized in a supply chain that increases energy efficiency for the whole society and reduces wasteful energy usage.”

In 2018, the company bought 30MW of renewable energy generation capacity from Icelandic’s largest energy provider, Landsvirkjun, in order to triple the size of its two facilities there - drawing on the provider’s 18 hydropower, geothermal and wind power generation plants.

atNorth has a long history in Scandinavian IT. It was formed as Advania in 2012 from three components: Skyrr, a public sector IT specialist in Iceland; Kerfi, a Swedish outfit with roots in a Nokia spinoff called Datapoint, and Hands from Norway. The Thor data center was launched in 2010 and bought by Skyrr in 2012. Thor's site, the Hafnarfjörður park near Reykjavik, is also the chosen location for Nvidia’s GPU testing center, and a bitcoin mining facility.