Game of Thrones' next victim: Servers

The Game of Thrones prequel House of the Dragon caused outages on the HBO Max streaming service, with Fire TV users the most impacted.

The entire platform did not go down, but more than 3,000 user-filed outages were reported on monitoring service Downdetector at the launch of the new show. More than 10 million people in the US are believed to have tuned into the first episode. 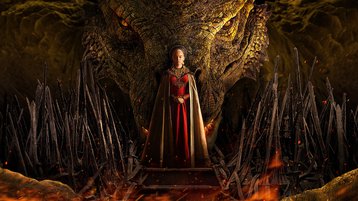 “We’re aware of a small portion of users attempting to connect via Fire TV devices that are having issues and are in the process of resolving for those impacted users,” Warner Bros Discovery Inc said in a statement to Bloomberg.

Amazon said that the Fire TV problem had been resolved.

HBO Max primarily uses Amazon Web Services as its cloud provider - just like Netflix, Disney+, and Amazon Prime Video. But its usage of the world's largest cloud provider is not entirely one based on technical merits.

The Information reported last year that Amazon forced HBO to use AWS in return for putting HBO Max on Fire TV.