In a news release published last week – and first reported by the Register – the Japanese giant is partnering with VMware under the virtualization company’s Sovereign Cloud Initiative. 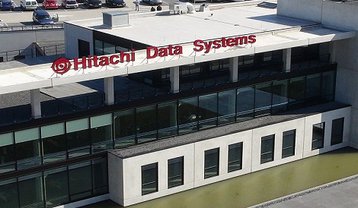 Under the service, customer data is stored in data centers in Japan managed and operated by Hitachi and designed to meet local privacy and security requirements.

Hitachi already offered a VMware-powered managed cloud service, known as Enterprise Cloud Service G2, and this offering provides additional reassurance around where data is stored and who can access it.

Data sovereignty has become a major point of interest as cloud adoption increases and the influence of major US and China-based players grows. Concerns about data being accessed by governments beyond local borders have increased as more data is put into cloud facilities and potentially moved into non-domestic jurisdictions and within reach of other governments.

A number of French and German companies have set up partnerships with US cloud giants to create sovereign cloud offerings that offer greater scale with more assurances around privacy and security. There is also the Gaia-X federated data infrastructure initiative, which aims to create a framework for interoperable cloud services that meet European requirements and reduce dependency on large US-based providers.