The Iliad Group this week announced the placement of three lines of bank financing for a total amount of $5 billion with a pool of 23 leading international banks. 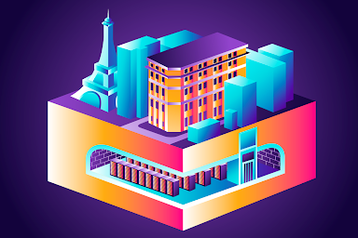 “This operation has enabled the Group to strengthen its financial structure, increase its liquidity and extend the average maturity of its debt. The significant liquidity available under the facilities will help support the Group’s growth and development,” the company said.

Nicolas Jaeger, Deputy CEO – Finance of the Iliad Group, said: “Demand for the operation was extremely high, once again demonstrating the strong support of our banking partners and their confidence in the continued execution of our Odyssey 2024 plan and in the Group’s European development strategy.”

Formerly known as Online.net, Scaleway has been converting the ’Abri Lefebvre’ fallout shelter into a data center over the last ten years. In September 2021, it announced the launch of a Paris Nuclear Shelter AZ in Paris, fr-par-3, based in the shelter.