But will take local tax breaks

Facebook will not receive any economic incentives from Iowa state government for the upcoming fifth facility on its Altoona campus.

Just last week the social network was awarded a 20-year property tax exemption from the local Altoona government, but state documents spotted by the Des Moines Register show that Facebook will not seek any additional incentives from Iowa state. 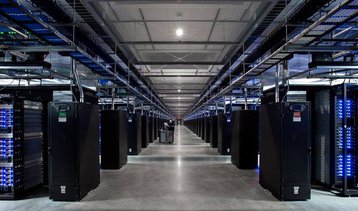 Iowa, I owe you one

Since Facebook arrived in Iowa, the company has received a total of $26 million in tax incentives.

In lieu of property tax, the company will pay the city $3 per square foot on the new facility. This incentive is expected to bring in $40 million over the 20-year time frame, around 60 percent of what the social network would have paid in property tax.

The agreement will also cover any future extensions to the Altoona campus, making it potentially more profitable for the city.

Construction on Facebook’s fifth Altoona facility is due to start later this year with completion slated for 2021.

Project Sequelant, as it is referred to in state documents, will be placed near Facebook’s other one million square foot data center project which is currently being built in Altoona.

Altoona City Administrator Jeff Mark said: "We're very excited to see another approximately one million square foot data center come to the community, [the project] provides a lot of good jobs in the community, both from the contractors and the operations of the data center."

More than 1,100 people are involved in the construction of the company’s ongoing expansion and 75 percent of those workers come from Iowa, the city claimed.

The site currently houses four data centers, each offering between 476,000 sq ft and one million square foot of space.

Facebook first landed in Altoona in 2013. Since then, the company has sunk nearly $1.5 billion into the now 2.5 million square foot site.