Facebook is in talks to build a submarine cable that would connect several coastal African countries, according to The Wall Street Journal.

The project, named Simba, would link the continent's eastern, western and Mediterranean coasts. The exact number of landing points is still in discussion and talks could still fall through. 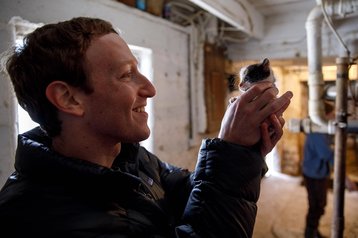 Look Simba, everything the light touches is Facebook's kingdom – Facebook

The submarine cable of life

Speaking to the WSJ, Facebook spokesperson Travis Reed declined to confirm the plans, adding “we look all over the world when we consider subsea cable routes.”

The cable would give Facebook’s European and Asian data centers a dedicated connection to the African market.

The cable, commissioned by African wholesale telecoms operator Angola Cables, links Luanda in Angola to Fortaleza in Brazil, promising to lower latency - from 350ms to 63ms - and traffic costs between the two continents.

As Facebook faces market saturation in its western markets the company is looking elsewhere to continue its global conquest.

The company has around 2.7 billion users across Facebook, Instagram, Messenger and WhatsApp, so there is a real need to expand into markets like Africa and China.

The Chinese market represents a potential 1.4 billion new users - if the company can find a way to launch in the country. Facebook has been trying to gain a foothold in China for a while, in 2016 working on a censorship tool that could suppress posts on certain topics, a prospect that would simplify bringing the social media platform to countries that don’t favor freedom of expression.