Elk Grove facilities to get an upgrade after refinancing

Element Critical and parent company Safanad Inc. have taken out a $71.5 million loan to upgrade and expand two data centers in Chicago, Illinois

Feature: Why land in Chicago is seeing a bidding war between data centers and retail warehouses

Elk Grove facilities to get a face lift 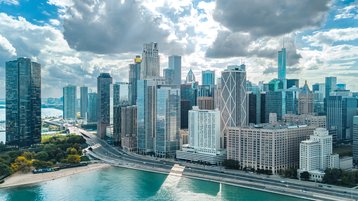 The two facilities, Chicago One and Two, were built in 1982 and acquired by Safanad in 2019 and operated by Element Critical. The two sites have nearly 200,000 square feet of usable floor space totaling 8MW of power, with potential to develop to 15MW.

The loan will support the company’s growth and will be used for upgrades, efficiency enhancements, and continued expansion of critical white floor space.

This is the second such announcement Element Critical has made in recent years. In 2019 the company took on a $67 million refinancing of its Northern Virginia data center facility for upgrades.