Digital Realty has filed plans to build a new facility at its Richardson campus in Dallas, Texas. 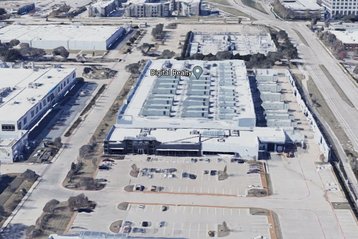 According to the Dallas Morning News, the building project costs more than $11m and is slated to be built next to an existing facility at its Digital Dallas Campus. The campus lies along Quality Way in Richardson, a city in the Dallas and Collin Counties. Construction could start later this year, according to filings with the state. The project is expected to be open by early 2022.

In September, Digital signed up with Pattern Energy use a 105MW Phoenix Solar Project in Fannin County, Texas for 12 years, when it is completed in mid-2021.

In April, Digital signed a 7.5-year wind power and renewable energy credit agreement with Citi to provide power to its 13 data centers in the Dallas, Texas area. Customers will have to choose to use renewable energy, which will be available from June 2021.

Despite the ongoing projects and investments, Dallas has seen a slowdown in data center business year on year.

According to a study by JLL, the slowdown is due to the oversupply of data center space and the inability of the market to absorb so much capacity. As a result of the slowdown, there has been an increase in competition between data center companies. JLL found that pricing in Dallas has continued to drop, year-on-year, as several operators have had to lower their prices ‘significantly’ due to the sparsity of tenants.