Australian data center firm DC Two says its Bibra Lake data center is ahead of schedule and due to come online in April 2021.

The 3MW facility is located at Bibra Lake in southern Perth and will provide the mid-market and enterprise space with colocation and cloud services.

The company reportedly leased the nearly-complete facility when the prior tenants vacated before finishing the AU$10 million (US$7.7 million) project, leaving the landlord with a nearly-finished, design-accredited data center with no route to completion or market. 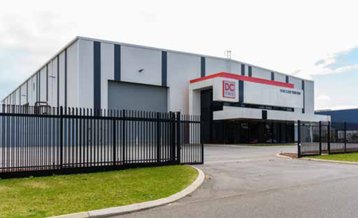 The facility was originally designed in 2013, and DC 2 says it is working towards Bibra Lake achieving Tier III accreditation in a Stage 2 deployment. The facility's previous Tier III certification from the Uptime Institute lapsed in December 2018.

“We have been working very hard over the last few months with our staff and engineers and we’re very proud to have developed a plan which enables us to bring Bibra Lake online quickly while using the same components that can be easily migrated into the final Tier III build,” said DC Two managing director, Justin Thomas.

Founded in 2012, DC Two also operates a 0.2MW facility in Osborne Park, in the northwest of Perth. The company was listed on the Australian ASX index in November 2020 with a market cap of Aus $11.7 million ($9 million).