The Australian Securities and Investments Commission (ASIC) is to move out of Global Switch’s Sydney-based data center later this year after signing a four-year deal with Canberra Data Centres.

The AU$4.2 million (US$3.2m) contract with CDC will see the corporate watchdog migrate its secondary data center to CDC’s Eastern Creek facility in Western Sydney. The contract runs until December 2025, and the regulator is estimated to complete the relocation by July 2022.

Global Switch had been providing data center service to ASIC since it consolidated its data storage facilities in 2013. ASIC’s primary facility is Fujitsu’s Homebush data center and recently renewed the contract for another five years in a deal worth $7.4m (US$5.7m).

A spokesperson told iTnews that “CDC was chosen as a supplier that best fits ASIC requirements in the future.” 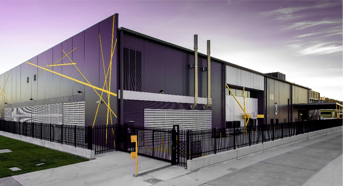 Chinese steel giant Shagang became the majority shareholder of Global Switch in August 2019, three years after making its first investment in the company. The issue of sovereignty has seemingly led to an exodus of Global Switch locations by Australian Government customers.

In April 2020, The Australian Taxation Office signed a 10-year deal with Canberra Data Centres to move away from Global Switch's Sydney facility. The Australian Department of Defence said it would leave Global Switch at a cost of AU$200m ($151m) in 2017, reportedly due to concerns over the new ownership.

However, the move away from Global Switch into providers such as CDC has led to an unintended consolidation and potential risk to the government. The Australian Strategic Policy Institute recently warned that the “aggregation of government data in a small number of data centers in a reasonably small geographic area” could be a risk due to a potential critical failure event, lack of competition, and lack of overall oversight, despite the Government’s 2019 data center hosting strategy.