The US military's research agency, DARPA, plans to be fully in the cloud by 2022, according to a procurement document, requesting help from IT network services contractors.

The agency currently relies on a mixture of Amazon Web Services and internal server infrastructure, according to the document, which gives details of DARPA's current server and cloud deployments, and its future plans. The request provides a rare glimpse into the IT infrastructure of one of the US government's most secretive agencies, known for its part in the creation of the Internet. 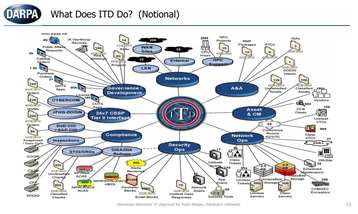 The Defense Advanced Research Projects Agency is seeking a small business to "provide and manage the full range of IT services, support, and infrastructure necessary to support DARPA and implement the DARPA IT strategic direction and operational objectives for all networks from unclassified to SAP/SCI, which will evolve over the course of this contract.

In a presentation at an industry day held earlier this month by the agency's internal IT administrative division, the Information Technology Directorate, slides detail DARPA's internal computing resources.

The presentation continues: "ITD procured nearly 7,000 substantial items (servers, network infrastructure, laptops, monitors, etc.) over the past year. This is in addition to smaller items (e.g., cables, mice, phone chargers, etc.)." Reference is made to an internal data center, as well as a disaster recovery site.

But, as the document notes, "compliance with US Government and DoD mandates to migrate to consolidated data centers or utilize commercial cloud." Since 2015, the documents reveal, DARPA has used AWS GovCloud for some unclassified workloads. 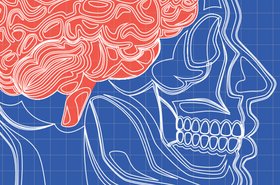 The creation of the electronic brain

The presentation says that initial engineering and evaluation efforts are underway to assess migrating classified systems to a commercial cloud.

In a roadmap (below), the ITD sets 2022 as the date for its operations to become 100 percent cloud operational, with numerous potential providers shown, including Oracle, Azure, IBM Cloud, and Google Cloud. 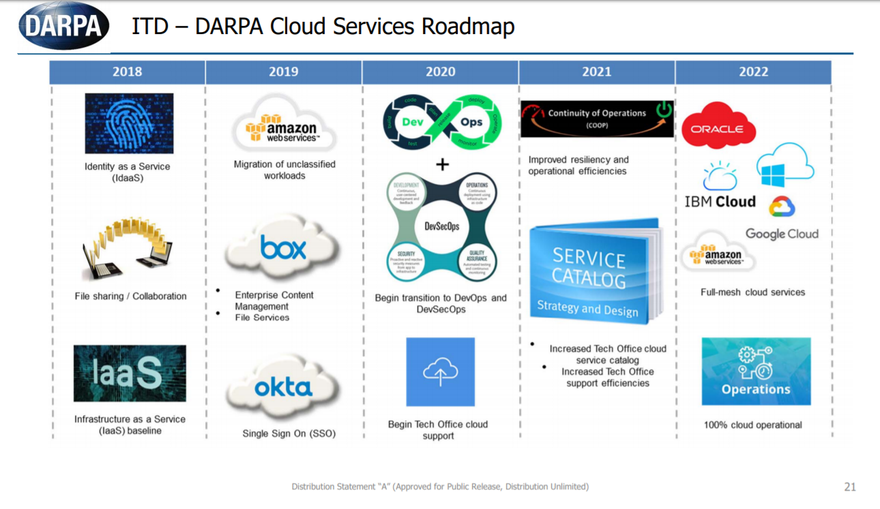 In addition to the increasing reliance on cloud, DARPA's IT operations are set to undergo another shift. In late 2019, the Deputy Secretary of Defense designated the Defense Information Systems Agency (DISA) as the single service provider of commodity/common use IT services for DoD agencies that are not the military services.

It is not entirely clear from the documents how the distinction is made between what will become part of DISA and what will remain under the ITD.

While DARPA is pursuing a cloud push - seen elsewhere in the US government with the DoD's controversial JEDI program and the CIA's embrace of Amazon - its networks consist of several distinct systems, created to ensure that if one is compromised the others remain secure.

One of the documents details these networks:

Contract applicants are expected to work with all of the networks.

A formal request for proposals is expected mid-February, with phase one proposals due a month after.

The contract award, which currently has no disclosed budget, is anticipated to be announced in September 2020. The project will start on March 1, 2021.